What motivated Bill Steciuk to be on the lookout for this long-time area legend? Bill's first "Ogopogo sighting" happened when Bill was crossing the bridge from the west side of Okanagan Lake in October of 1978 towards Kelowna. He caught a movement in the lake and immediately stopped his car. All the traffic behind him also stopped and he was soon joined at the rail by about 20 other onlookers. All 20 or so people saw what appeared to be a head with three black humps behind it perhaps 60 metres away protruding out of the water. Bill and the onlookers watched the creature 'swimming' for nearly a minute, after which time it disappeared beneath the water's surface, leaving a substantial wake. This sighting made a believer out of Bill and he vowed to try to one day search for Ogopogo.

Over 20 years later, Bill Steciuk finally got his chance when he was joined by a group of people who agreed to help him mount an expedition in search of Ogopogo, the elusive Okanagan Valley "Lake Monster".

They started by renovating a 50-foot X 14-foot houseboat to allow the group to coordinate the use of all the scientific equipment. Len Melnyk of Can Pro Diving Services joined the group, bringing expertise and equipment to the group during their expedition. Len's R.O.V. (Remote Operating Vehicle) could reach depths of 305 metres and was equipped with a video camera and lighting to send high quality pictures for recording on the main vessel.

Armed with high tech sonar equipement donated by Interphase Technologies of Soquel, California, the expedition began on August 12, 2000 and planned to investigate the areas of most concentrated Ogopogo sightings, such as Rattlesnake Island, Ogopogo's homebase according to native legend. With a sheer drop-off to 160 meters on west side of Rattlesnake Island, there are several large underwater caves on the lake's deep walls, some of which have never been explored. On the eighteenth day of the search, the sonar indicated that a fast moving object of about 15 metre-long was 48 metres in front of the boat, at a depth of 7-1/2 metres in an area which was 65 metres deep. The sonar sweep time was 35 seconds. In that time, the creature-like object moved 5 degrees to port, then half a minute later, it dropped below the beam.

The expeditionary team went home satisfied and planned a second search for the following year.

The second expedition began on August 12, 2001 and aside from once again searching Rattlesnake Island, the researchers also concentrated on an area 3 miles north of Kelowna in about 80 meters of water. Many of the sightings in the last few years have been located near the junction of where major creeks flow into Lake Okanagan and where the depths are 60 meters or more. Another of the several areas the expedition grid searched was Seclusion Bay where many unexplained water disturbances and a number of Ogopogo sightings were reported over the years.

During this second expedition, their sonar equipment again received possible indications of a large creature, although the result was not as clear as the fairly conclusive result from the first expedition of the existence of something that would not be considered a normal occurence.

In the intervening years since those explorations mounted by Bill and his group of Legend Hunters took place, there have been several documentaries and TV episodes filmed in the area about the elusive "Ogopogo". Bill has been interviewed, and even invited to join some of the filmmakers during their explorations of Lake Okanagan. Interest has continued to be high, and reports of sightings over the years have been forwarded to Bill via the www.ogopogoquest.com website on a fairly consistent basis. 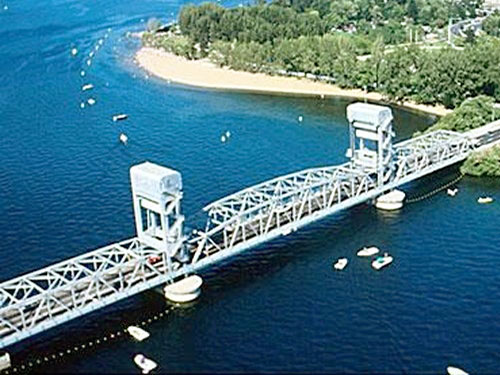 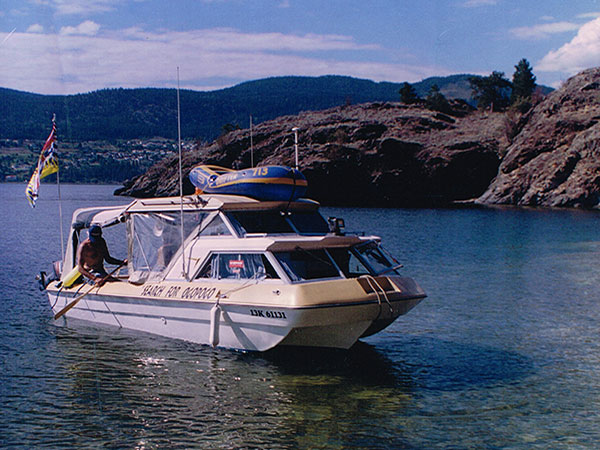 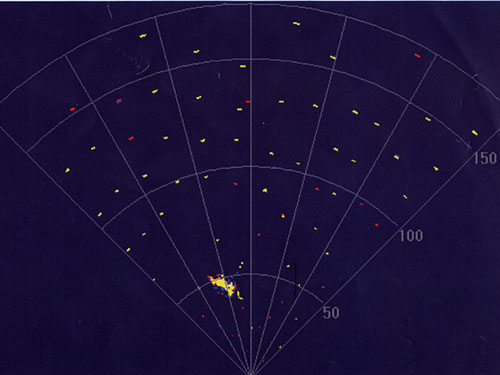